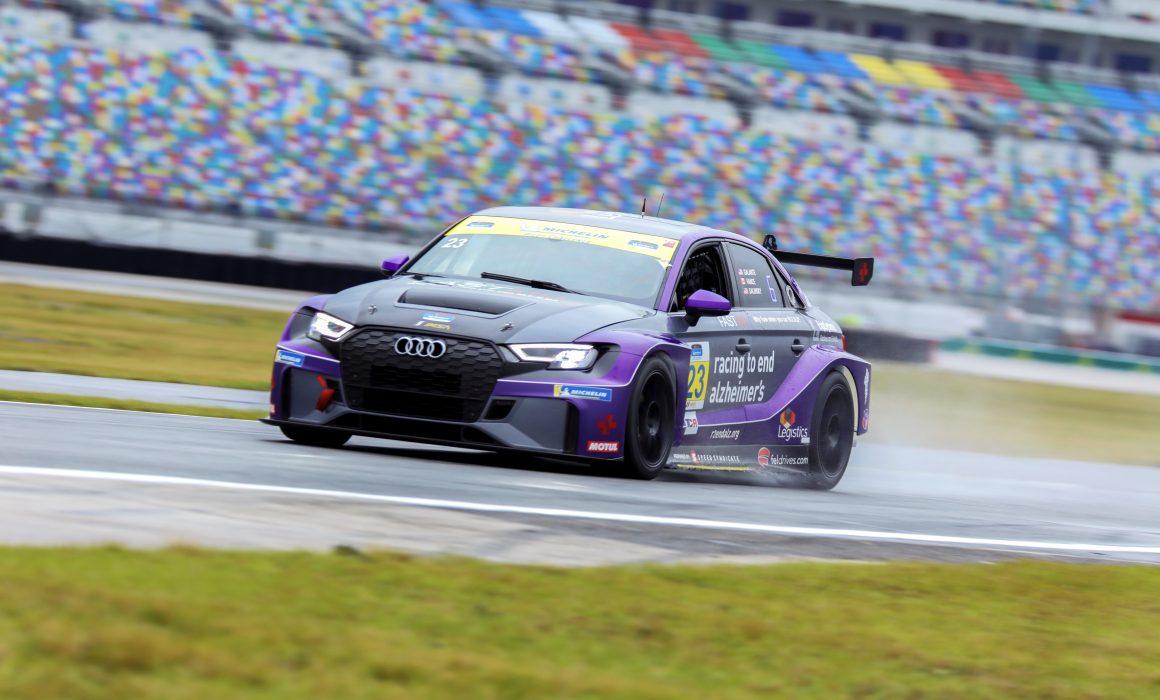 5.8 million Americans are victims of Alzheimer’s disease. That translates to about 24 million family members. Maybe more. One of those sufferers is Mimi Frengs, our client’s wife, who was diagnosed with the early onset form at 59.

Her husband Phil Frengs decided to do something about it. He thought maybe he could turn his and others’ love of car racing into something that could change lives.

His idea: for the race at Laguna Seca, California, take those giant sponsor logos off the car and replace them with the names of Alzheimer’s sufferers. At $250 to honor your loved one, it gives exposure to the problem while raising funds for both the care and the cure.

This year we’re racing an Audi RS3, and the names will be added all season long, not just at Laguna Seca. Corporate co-sponsors are on board with matching funds, and we’re looking to add at least another $150,000 to the Racing to End Alzheimer’s Foundation — 100% of which is distributed to our charity partners.

You can learn more here.