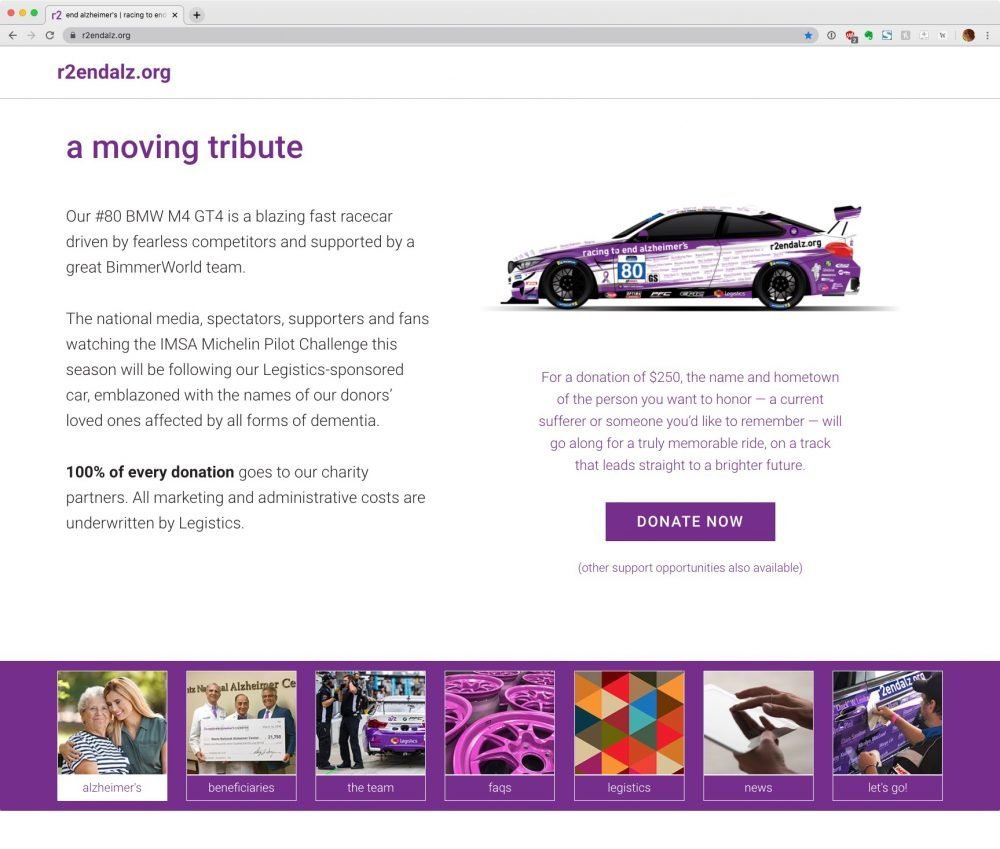 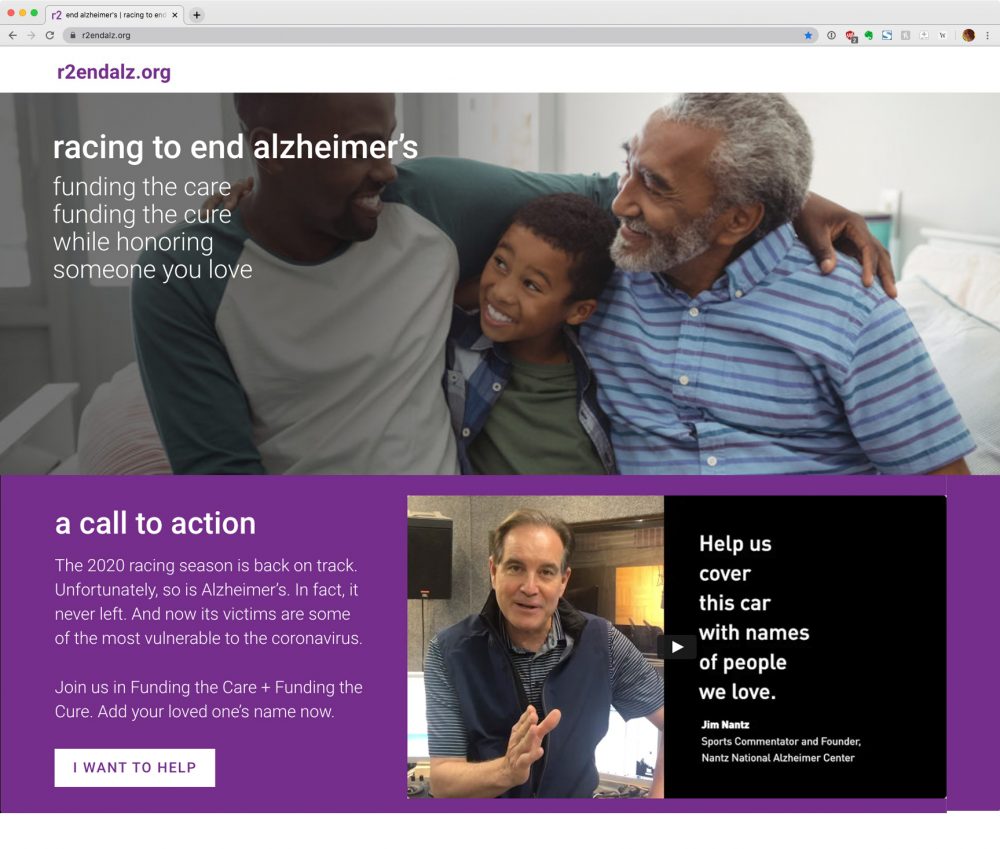 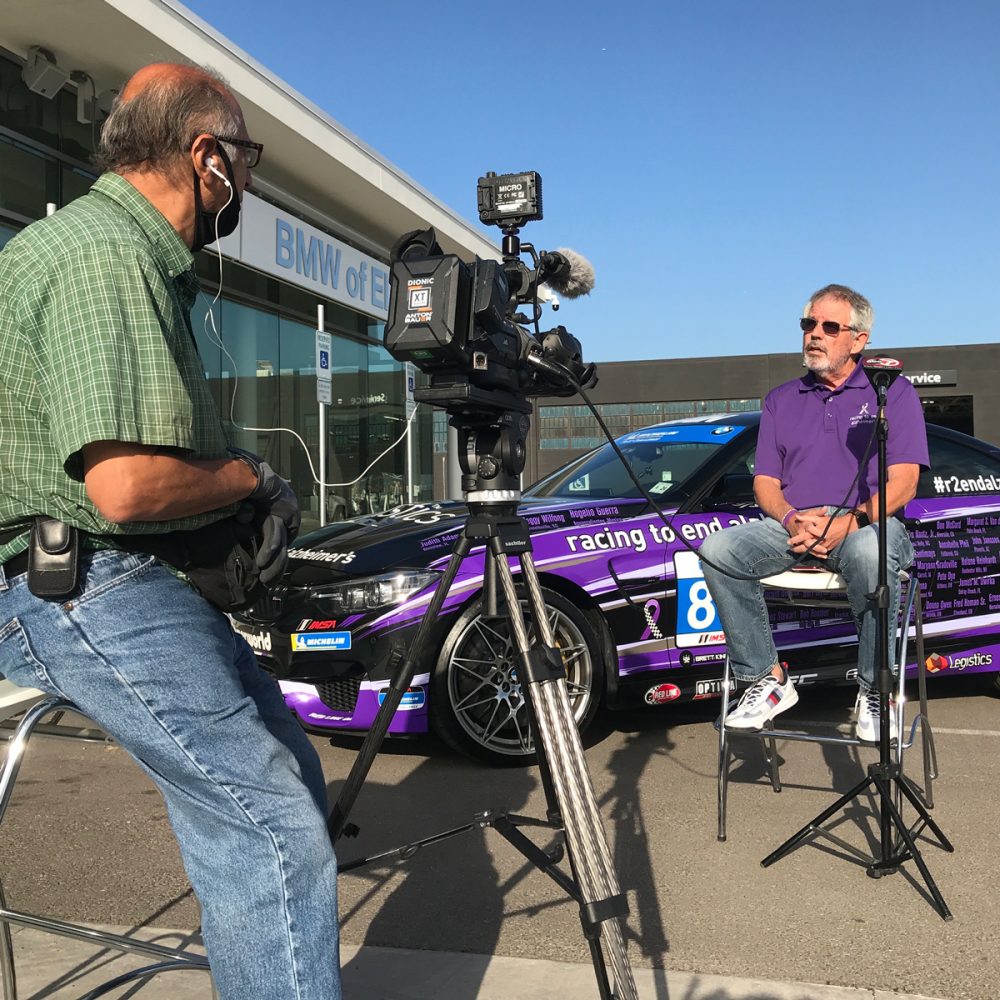 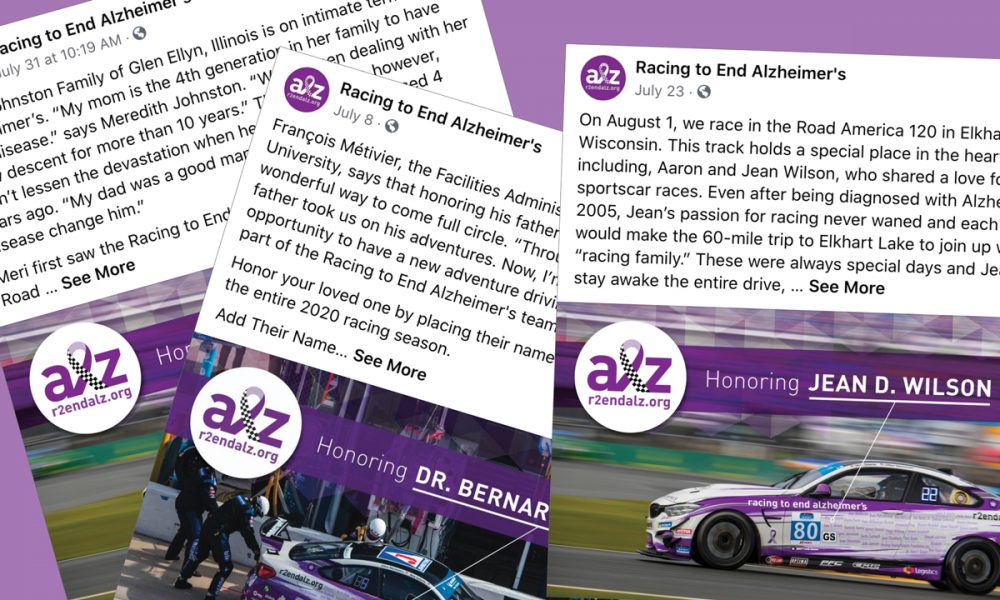 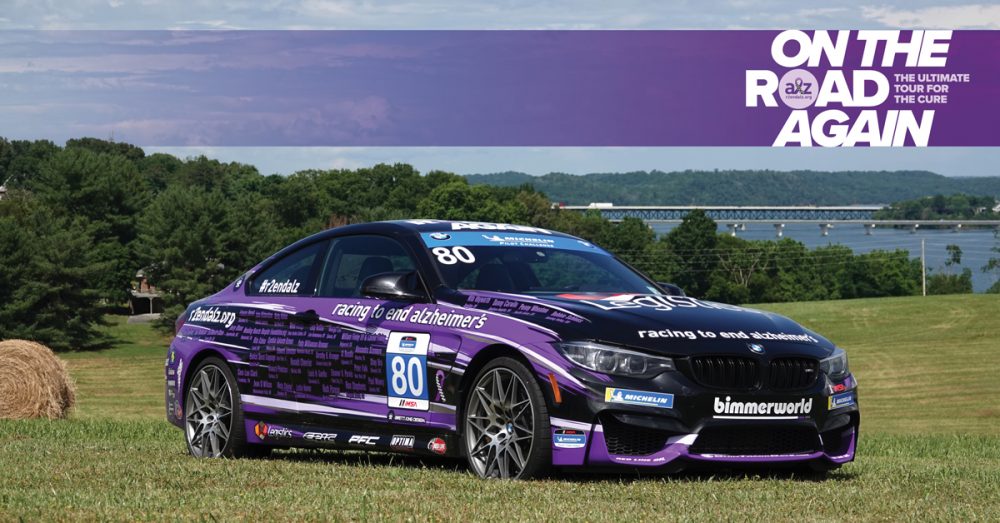 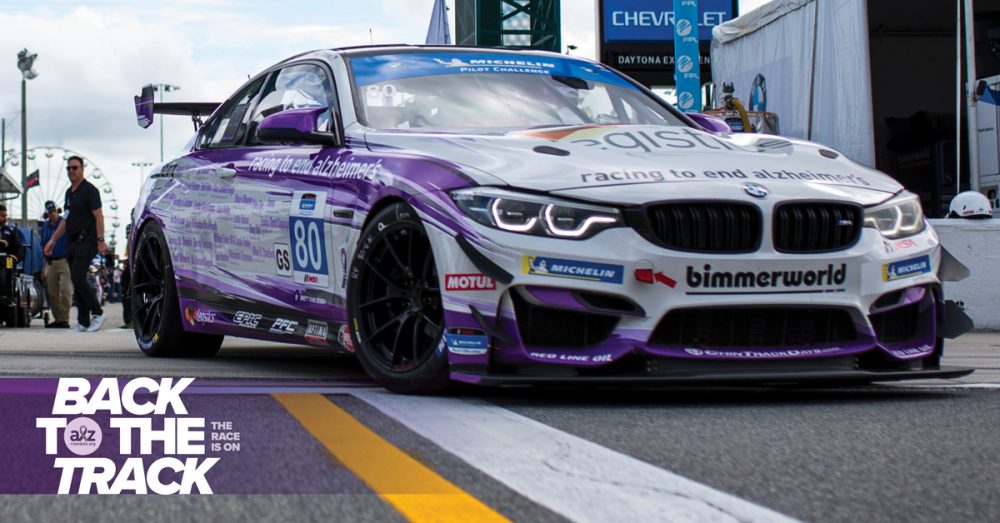 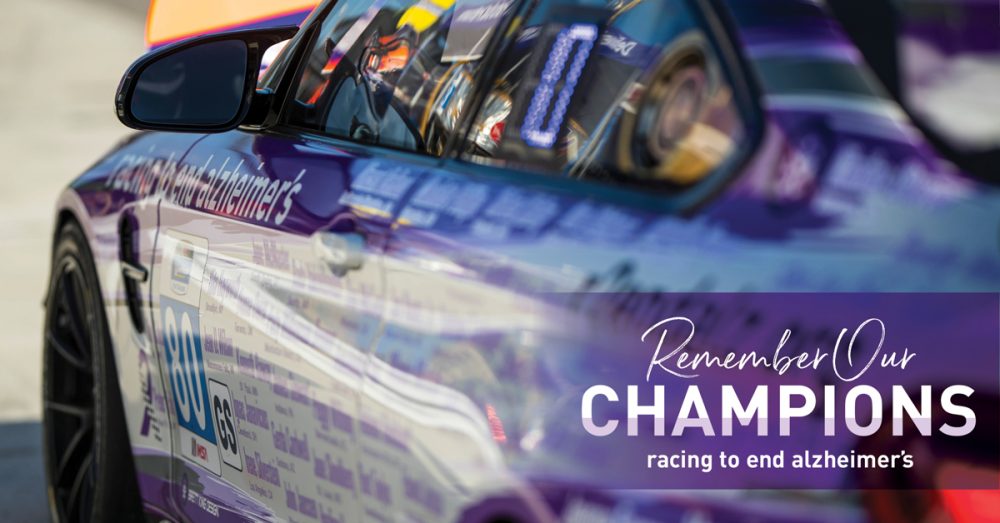 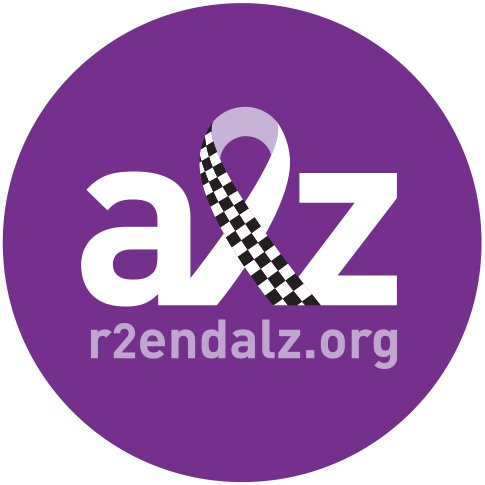 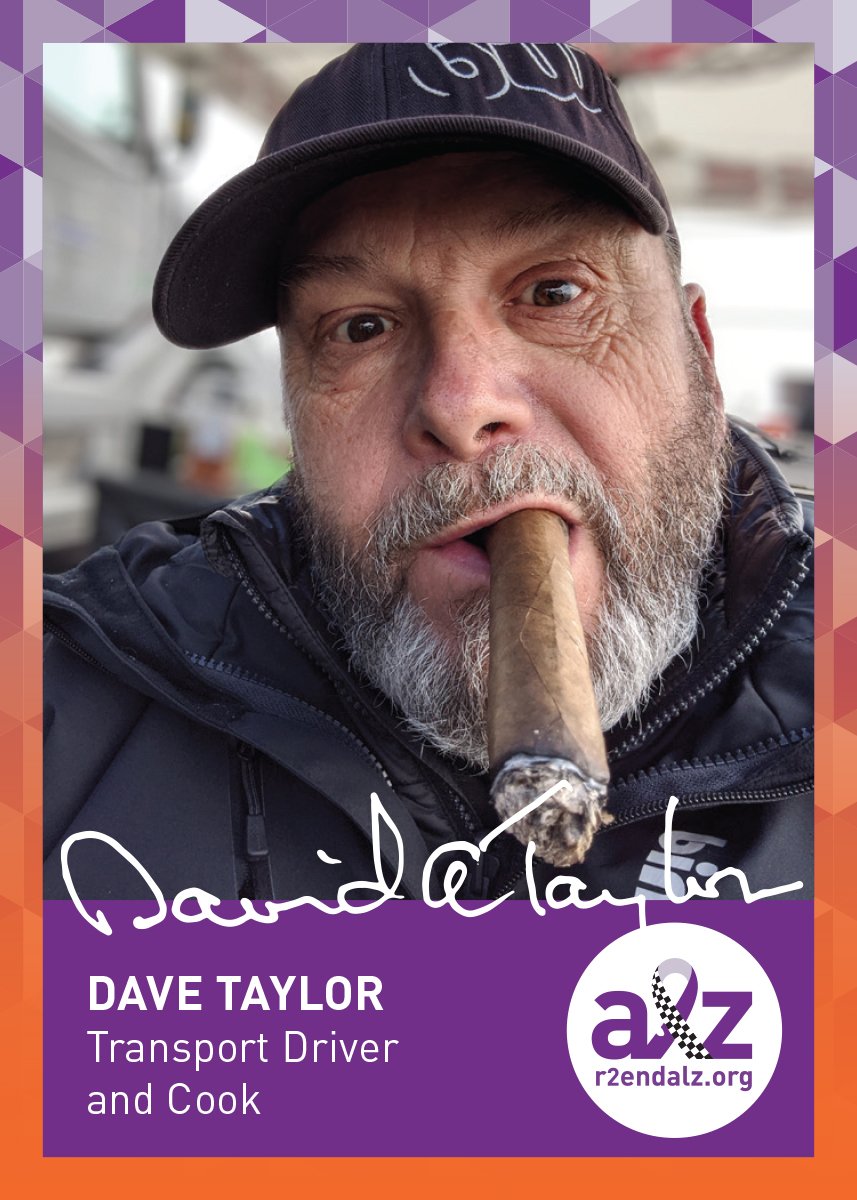 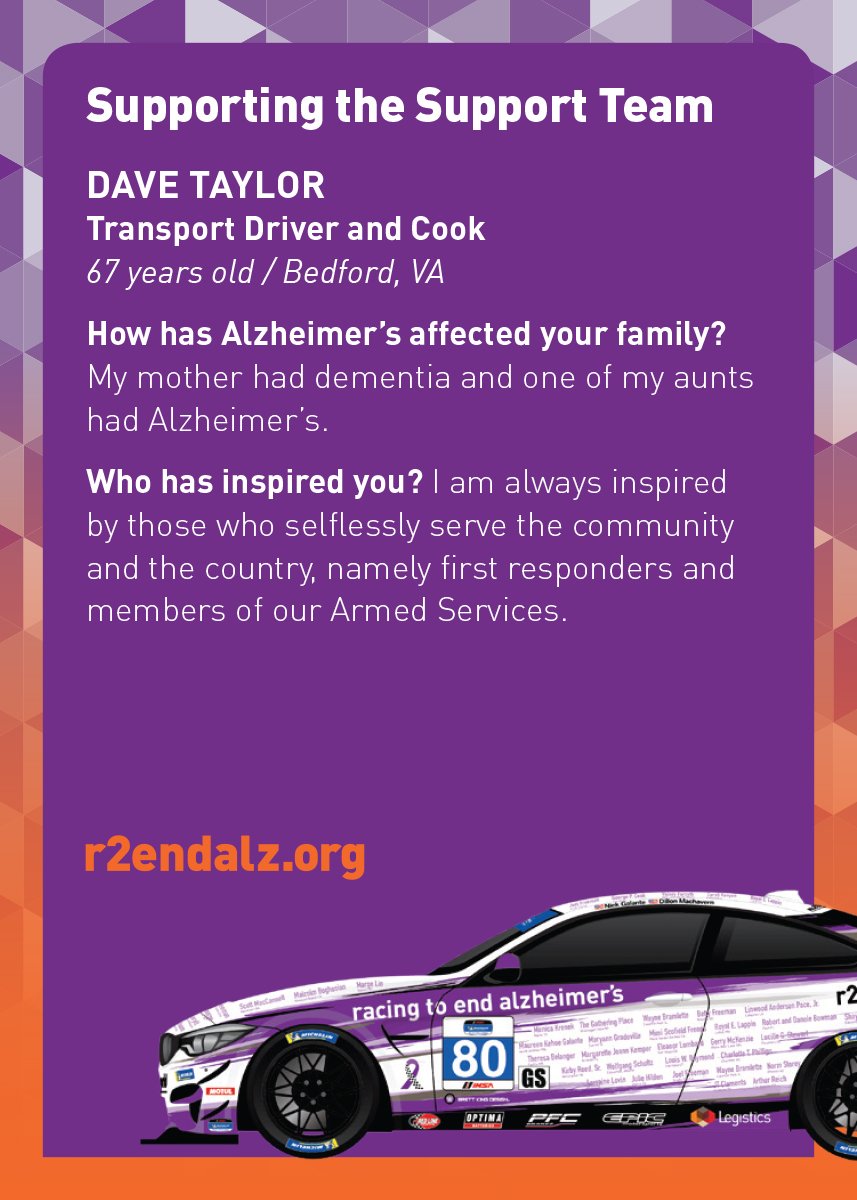 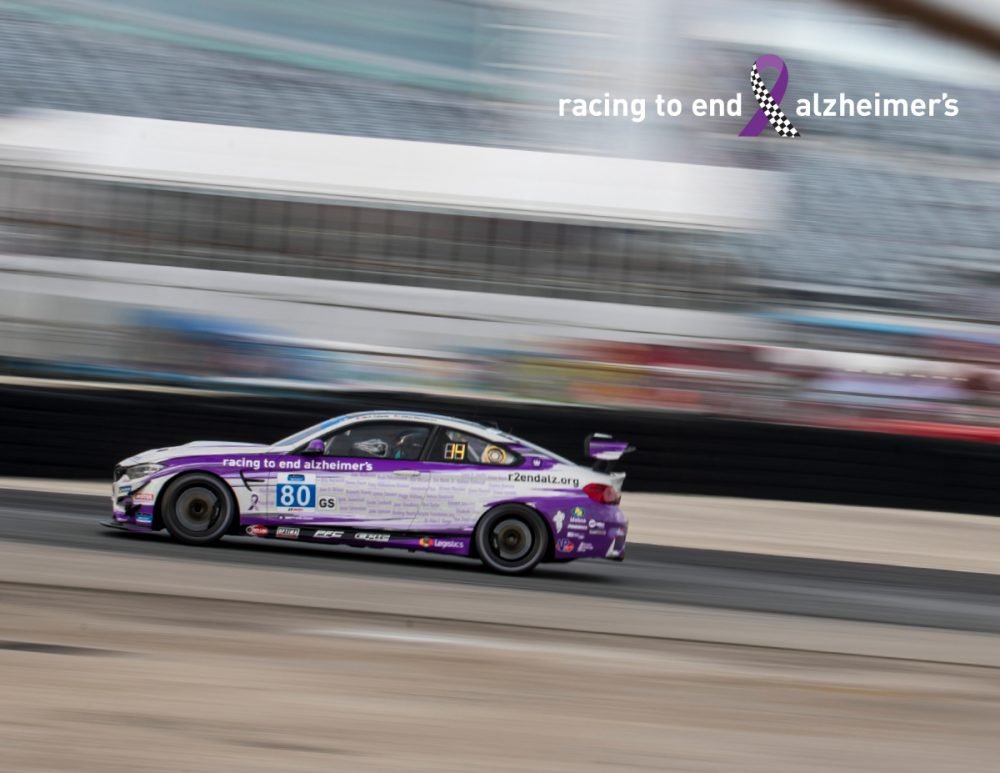 Phil Frengs loves cars. His company, Legistics, had sponsored an IMSA race team for several years. When his wife was struck with early-onset Alzheimer’s, Phil wondered how he could help fight this disease that affects 5.7 million Americans and 50 million worldwide. And he got an idea.

What if he could convince his co-sponsors to take all their giant logos off the car and replace them with the names of Alzheimer’s victims? For a $250 donation he could create a way for people to honor their parents, grandparents, spouses and friends suffering from dementia, while raising money for research and raising awareness among racing fans. What if corporate sponsors matched those donations, doubling, tripling or even quadrupling their impact?

Racing to End Alzheimer’s was launched in 2017. We designed the graphics for the car, the informational material, tent, website, and an assortment of other tools.

Starting from ground zero, we’ve raised over $600,000 to date and built a following of 22,000 fans on Facebook. We got support from CBS sportscaster Jim Nantz, whose Nantz National Alzheimer Center is now one of our beneficiaries. During our latest season, we had some 20 other racing teams helping to promote the cause.

In 2020, during the pandemic, Phil drove a street-legal version of our race car 4,500 miles across the country to promote awareness, garnering TV coverage and new relationships with dealerships. In 2021, he drove 9,000 miles to make a difference in the fight.