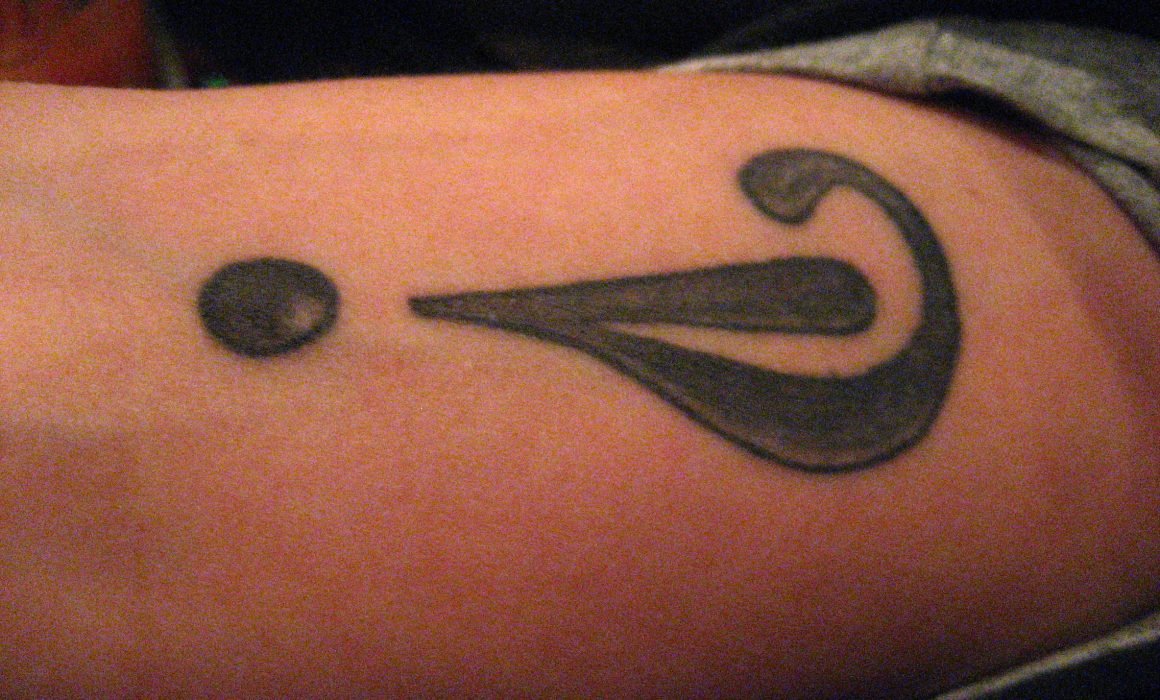 I’ve had a passion for weird punctuation since I formed my first design partnership at age 24. Ron Blitzer and I argued over whether his name or mine should go first on our new letterhead. When I finally won, I typeset the firm’s name as Freeman:Blitzer Associates, with a colon in the middle gluing our two names together. It looked good and felt right, so we did it. And it was pretty distinctive.

My next partnership with Ken Farah resulted in a firm name that actually was a punctuation mark: Interrobang. I loved (and still love) the idea. What’s an interrobang? It’s an actual symbol that denotes an exclamatory, often rhetorical question — a question mark superimposed on an exclamation point, with a shared dot. (“WTF‽” is a perfect example. Who knew the phrase would attain such ubiquity, while the poor interrobang still struggles for recognition?) It was a question and answer in a single symbol: perfect for a marketing design firm. If you want to know more, Roman Mars did a fascinating podcast about the interrobang’s origins and use.

Then there was Josh Freeman/Associates where the pieces were stuck together with a slash. I thought this put the founder (yes, me) on an equal footing with my team. It said, “We’re all working together.” Two parts of the same whole. And that slash became a red, hand-drawn brushstroke, adding a touch of personal creativity to an otherwise corporate-looking graphic identity.

The ill-fated Freeman + Karten used the plus sign that’s now everywhere. It was pretty fresh in 1991, and indicated the synergistic combination of graphic + industrial design. Ours was a beautiful identity program, created by my partner Stuart Karten’s wife Vickie, who’s still one of the most talented designers I’ve ever worked with.

And finally there’s our current name with no punctuation — and no room for any. I took the space out of FreeAssociates, again to indicate the close connection between the company and our Associates, a group of free thinkers, freely associating to create wonderful work while freeing up their creativity — and more time for life — by working from their home offices.

National Punctuation Day is September 24. For real. So let’s celebrate by sending a friend a copy of Lynn Truss’s “Eats, Shoots and Leaves” or learning how to type an interrobang.

Now I suppose I have to come up with a name that uses a semicolon.